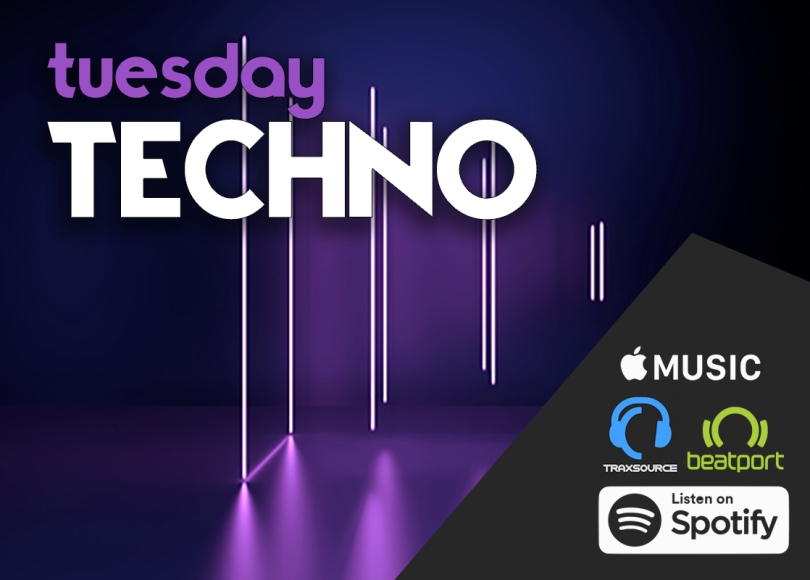 3  Christian Smith release ‘Your Lovin’’ on Drumcode… Out Now @BEATPORT

October the 23rd meets Spain born artist and sound producer – David Granha to join CODEX Familia!
“Ultraheroe” is the first release from the Spaniard David Granha on the label with a 3 tracker EP.
‘Ultraheroe’ is a solid undereground track, with a neverending build up, done with the Dominion 1 analog synth which is making no prisioners.
‘Cognitive Dissonance’ – again with a twisted acid bassline followed by great stabs and a small voice by David himself.
The release was finished with ‘Hydnum’ brings the modern techno to the Ep, with rave sounds, acid lines and a nice break down.
Enjoy!

Christian Smith returns for his first solo release on Drumcode since 2016, re-contextualising a classic vocal work.

The Sweden-born journeyman has been friends with Adam Beyer since dot one. In the rare instances he has released outside his own label Tronic, Drumcode has received the fruits of his studio labour. Besides the recent contribution to this year’s A-Sides Vol.9 compilation, we haven’t seen a stand-alone Drumcode release from Smith in four years, when his excellent ‘Force Majeure’ stood as one of the year’s label highlights.

‘Your Lovin” is his fifth release on DC, taking inspiration from a ’90s D&B classic. Driven by a Minimoog bassline and hypnotic arpeggios, Smith, a renowned perfectionist, made six versions before settling on the final cuts. The original is stripped back and searing, perfect for late night moments as restrained vocal grabs add colour to the techno palette. The ‘Ombi Dub’ is a straight-up propulsive tool that hits you straight between the eyes.

The Korean leading techno DJ, Bagagee Viphex13 and the rising techno duo Pierre Blanche have made a great collaboration, “Get Off” for Spartaque’s – IAMT imprint.

With Bagagee Viphex13’s unique musical skills based on long experiences in dance music industry and Pierre Blanche’s freshness, it seems that these two artists can show you a great synergy.

“Get Off” brings raging melodies with 90’s rave sounds. The second track, “Cry” wears crispy and massive synth lines on the fully packed kick and the bass will give you aggressive yet also polished energy.

We are sure that both of the tracks “Get Off” and “Cry” can make you dance at the moment you hear them.

Gaston Zani and Xenia (UA) joined forces for the first time in the studio and the result was this masterpiece called “Anomaly”. An energetic track characterized by its raw and rough sounds accompanied by a vocal sampling that gives it a more personalized touch along with a kick and bassline at the height of its power to give the final touch to the track. Without a doubt, this will be the first collaboration of many of this incredible couple of producers.

Please Welcome Lautaro Ibanez to #BlackKatFamily with his massive “Tell me Why E.P” Featuring tracks Mi Hermano & Tell me Why! Includes remixes by our very own talented Misinki & Sam Arsh.

Newly formed Adelaide Australia duo releases their first artist project as a 10 track 100% analog full length album. Mathew Bennett and Shaun Day have been exploring the realms of analog production since the late 80’s before meeting about 5 years ago to form what is now, Delta Waves.

The legend Sakin Bozkurt is back with ‘Pensacola’ Huge kick and bass along with dark synths and driving percussions,this one is a relentless brain rattler.

BlackBeard Records presents his 48th release made in United Kingdom with Tom Schippers !!!

“Extraterrestrial” is an ep from another galaxy!

A mixture of Berlin coldness and melodic heat. This Ep is the perfect achimy between Punch and Melancholy.

Apzis Music is a costarican based techno label.

Founded by the venezuelan-costarican DJ & Producer Obzeen, the quest starts to finally set an unique tone and take on techno worldwide.

Maximize the connection between your body, spirit and soul. The three principles, the trinity.

Hungarian powerhouse CVRDWELL distills a contrast between electrifying emotions and a muscular low-end on this release. Mean knife-edged textures with restrained cinematic landscapes and a fair measure of broken beats bring these 3 tracks together like a swelling aurora borealis.

Opening with the title track ‘Psychotic’, Monty Ozanne takes us on a deep, trippy adventure with this impressive techno roller. Taking the listener on a journey with melodic synths that are superbly crafted, repetitive driving bass and heavy drums. The track is inspired by countless nights on the Amnesia Terrace listening to DJs such as Darius Syrossian and Sven Vath.

Secondly on the EP is ‘Lost’. A high energy, but minimal tech tune for the high point of a night to get the dancefloor rocking and audiences reaching for the lasers. Again the heavy and tuneful drums lay the foundation of this monster techno track.

Closing the release with impressive ‘Sous Sous’, which is a homage to Monty’s favourite producer, ‘Skream’ and the records he was producing in several years ago.