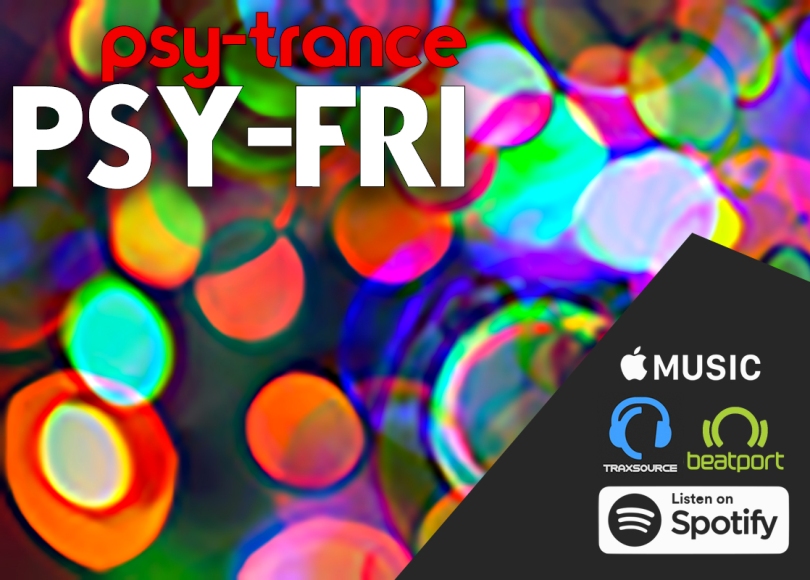 Out next on Iono-Music we have the Darkland remix of Roger Rabbit’s ‘Source Code’. Colossal beats, a punishing bass & ferocious impactful sounds make up this mammoth of a remix! The insane & hypnotic lines will infiltrate the depths of your mind! All of which leaves your mind, body & soul in a kinetic energetic frenzy!

We are living in a world where we control our lives using technology. The Digital (R)evolution allowed us this, with a few simple touches using a device that fits inside our pocket we can change the direction of our lives. When we add all this technological power to psychedelic tools, we enter a “Cyberdelic World”, a world without limits, where we manage to manifest our mind far beyond any dream. Today this is our reality, everything in constant exponential evolution.

Nivo presents his new single “Daylight”.
A journey with oriental vibes and professional production skills
Etnic arps and melodies that will connect you to your roots.
Daylight was written during a global crisis to keep our mind positive and willing for better time. because after all at the end the sunrise will come and the “Daylight” will always be there to welcome a new journey in life

Antu Records proudly presents “Reunited” the brand new track from masterclasses JourneyOM & Ital. The musicality of this gem will set your mind immediately, fm sounds, phat baselines, this killer the track has more layers then a cake. Reunited will tele-transport you in 3,2,1 directly into psychedelic trance world. Mastered at Killah Mastering Studios, London this track is set to be the anthem of the summer. “Reunited” is upon us and it is a must to have. Grab, grab.

We’re very excited about our next – top draw – compilation release on Iono-Music – ‘The Analog Collection’. This special release has been carefully compiled by the super talented Cosmic Flow; who’s chosen these tracks as he feels they best represent the true purest rawest sounds in analog right now! The compilation kicks off with ‘Micrograms’ which is a blaster of a track made by Cosmic Tone and Cosmic Flow together. Other artists included are: SOME1, Silent Sphere, Shayman, U-Recken, CoExist, Splash and Crooks plus plenty more mega talented artists. The comp is a crazy concoction of militant beats, bubbling basslines, twisted noises, surreal sounds, deep moving arps, sharp stabs and bizarre vocals – all perfectly interspersed to cause maximum magical mystical musical mayhem. As analog sounds are a key ingredient, the album packs a powerful punch and is not one you want to miss!

Critical Choice is the brainchild of Iboga label boss DJ Emok and the Swedish duo Ticon. While they’ve had relatively few releases over the past couple of years due to busy schedules that are always hard to align, if you remember the undeniable dance floor impact of their debut album ‘One Zero One’ you will know that their new collaboration is definitely something to be looking forward to. ‘Black Swan’ revives the Critical Choice project with dark, groovy atmospherics and melodically driven progressive beats. If the sound of a new Critical Choice single got your heart rate up, take a deep breath, because Black Swan is only the opener to a much awaited second studio album, and sets the tone for what promises to be a one dope groover of a ride.

The new single of Aum Shanti – as always crafted with lots of love! Get ready for his “Magical Anthology”!

Samaa Records is thrilled to present to you the new digital EP by the family’s newest member, Creepy Deep aka Marco Calixto. Marco has been doing his best to pave the way to his mystical sounds by merging sonic ingredients to awaken the magic energy in each of us.
Including a remix to Zzbing’s masterpiece “Serpentangle”, this collection of four songs brings deep and mesmerizing psychedelic sounds combined with dense grooves and intelligent arrangements.