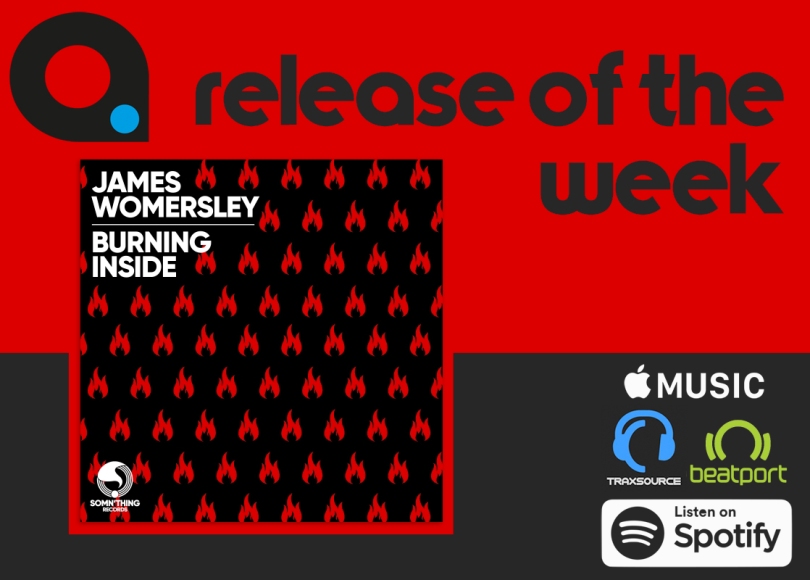 This is a solid beat-driven vocal house gem. The warm breezy piano hook and soulful vocal combine to make ‘Burning Inside’ an epic future house anthem; Club wise, poolside, beachfront or on the terrace this is the perfect soundtrack to your SS20 and beyond!

Somn’thing Records has been pushing house music in all the right places since 2016. The label has been lucky enough to release records by Matt Carey, Somn3um, Deep Matter, Rare Candy, Freejak Damon Hess, Ruff Loaders and many more over the last four years.

The label is set to push on through 2020 and beyond with exciting new music from established and new talent such as James Wormesley. James earned his House credentials amidst the mid-90s rave scene. He has a genuine love of the House genre and has played at Hed Kandi, Retro, Pukka Up.