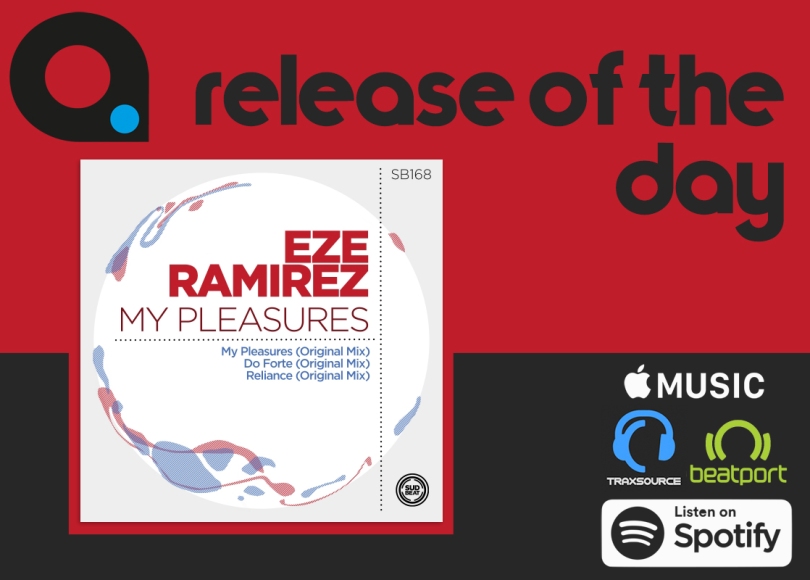 Next up is a full release debut on Sudbeat Music from exciting new Argentinian producer, Eze Ramirez – ‘My Pleasures EP’.

The young Argentinian impressed so much in his recent Showcrates outing, that a full release was a case of ‘when’ not ‘if’. Inspired by bands such as Depeche Mode, Radiohead, and Sigur Ros, Eze has a musical freedom in how he creates exquisite acoustic nuance in his tracks.

Opening with ‘My Pleasures’, we’re quickly made aware of his skills and attention to detail. Thumping tribal beats leap from the speakers as melodics fade into earshot opening up the track to an epic sparkling arp which develops as the track progresses. Next, ‘Do Forte’ continues that tribal feel with a strong woodblock groove. Ethereal vocals and shaker percussions keep things loose and ethnic adding to the charm. Finally, ‘Reliance’ rounds out the pack with a slightly deeper final cut. Bass-centric, but not less tribal, the groove is sparse and organic with vocal sweeps and wonky FX.