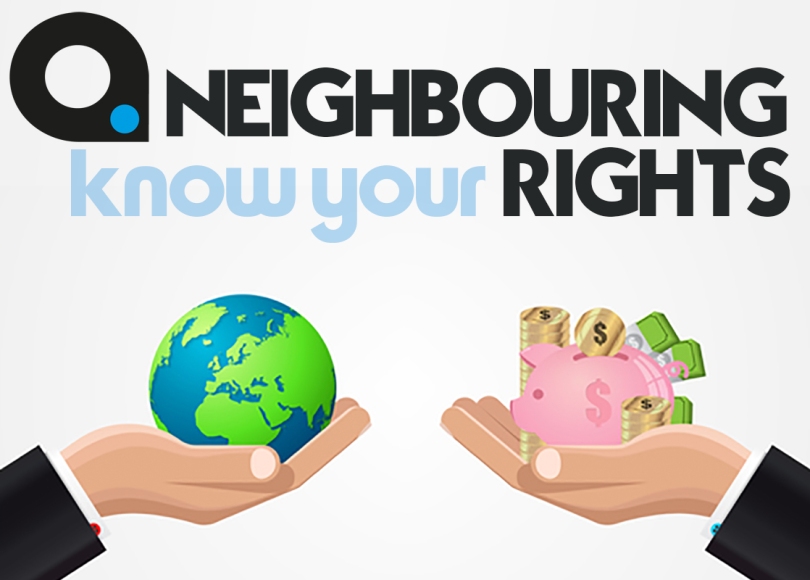 Neighbouring Rights Royalties… You might have heard them mentioned in passing or been asked if you are collecting yours. Have you looked into it & felt it didn’t apply to you, or  that it seemed like too much hard work to collect ?

The truth is Neighbouring rights are an important part of revenue as any other. As revenue sources in the music industry move around in their value & importance, there are some which should never be ignored & are easily available. Publishing & neighbouring rights being two. We’ve covered Publishing previously, But what exactly are Neighbouring Rights and who can claim this income?

CAN I GET PAID?
Neighbouring rights are an additional type of revenue generated when music is played on radio, TV or played publicly (for instance in restaurants & shops). A royalty is payable to both to the owner of the master recording (typically a record label) and the artist themselves.

WHERE DOES REVENUE GET GENRATED?
Although the United States never signed the Rome Convention ( first signed 1961 to legislate on neighbouring rights ), it subsequently signed on for the WPPT ( legislation for digital transmissions signed in 1996 ). A such there is no neighbouring rights income derived in the US when music is played in bars, and shops for example, but when digital radio stations such as Pandora play music income is generated for those applicable artists/labels.

However, this is currently under review in the USA by the Copyright Office, who have suggested that a public performance right for sound recordings should be applicable. This could change the whole structure of royalties globally, as there are countries who signed the Rome Convention that only pay reciprocal neighbouring rights revenue ( meaning “we pay your performers if you pay ours” ) As Such, there are many countries who do not pay neighbouring rights to US performers.

ABOUT THE MONEY…
Its typical for Neighbouring Rights revenue to be 50% allocated to rights holder ( eg. label ) and 50% to the performer ( eg. artist ). The performer’s share is then split between the multiple featured artists. These shares can then be divided further based on the particular local collection societies rules.

Revenue generated through typical neighbouring rights applicable usage amounted to around US$2.1 billion last year, and is one of the most consistently increasing revenue sources.

HOW DO I GET THIS REVENUE?

In order to register their works & collect on them, the rights holder needs to provide the collection societies with metadata – release information. This is where ampsuite comes in!

Ampsuite collect your recording information when you deliver a release through us so we can use this information to register your works with the collection societies for you, and collect the neighbouring rights revenue generated. The societies calculate what remuneration is due to each performer based on the amount of airplay that has been reported to them & apply the same revenue to the rights holders based on usage of their catalogue.

If you are distributed by ampsuite or even if you lease ampsuite & hold your catalogue details within our software then there is little to no additional work required from you as a rights holder. We will register the works and collect on them on your behalf… then account back to you for the revenue generated… so what are you waiting for!

Get in touch to activate Neighbouring rights collection on your account

You dont have to be distributed by us , and you dont even have to be a current ampsuite client!